In 1975 I joined the film industry. One year later in the summer of 1976 I was at North London College in Camden Road, London.

Just a few months before leaving College for good I had a call from my agent at Central Casting to go for a fitting/audition for a film called The Star Wars.

In those days many Actors, Musicians, Dancers,Comedians, budding Assistant directors,Writers and future film Producers and Stars were working to find their place in the film industry.

Roger Moore, Sean Connery and many others started there.

Any way I arrived and had a fitting and they took a photo of me. During that afternoon I met a boy called Robert who funny enough was the brother of my friend Paulo's girlfriend Ingrid.

I was at the same North London college and in the same classes as Roberts sister Ingrid.

A few weeks later my agent David Edwards called me and said you lucky boy, you have two weeks on this film at Shepperton Studios on THE STAR WARS.

When I arrived I met the assistant director who's name was Terry Madden.

He gave me my chit which had my name on it and the daily rate of £12.50
I belive. When getting overtime and special action this could go much higher. So could be up to £30 plus a day. Which was a lot of money in those days.

So one day me and Robert left lunch early and wanted to go and see the Robot now called R2D2 which was it's own on The Massassi Temple set on H STAGE.

It was around 1.40 pm that we approached the set and opened the doors to the wonderful Massassi Temple where were to film the Medal Ceremony for the Heroes, Luke, Han and Chewie who did not get his Medal!! LOL!

We went onto the raised section where R2D2 was sleeping and took his top off to look inside. ( More to be revelled at a later date).

After that we thought to get some fresh air on the bit of green space outside for 5 minutes or so. As we were walking out the door we heard a very loud voice saying " WHAT ARE YOU DOING ON SET, YOU SHOULD NOT BE HERE UNTIL AFTER 2 PM"!!!!

We were both a little freighted by this now friend Terry Madden. So we said sorry and started to walk away. The AD Terry then said you boys come with me.

We did not know what was going to happen. He then took us back in the Studio on H-Stage and asked out names and told us that we would be the Medal Bearers in this scene.

I and Robert never knew what he meant at that time. He took us to the stage where Leia, Doddona and the rest of the cast would be.

Terry placed me  as the  first Medal Bearer in the middle and Robert on the side. Robert told  the the AD  that he rather  not do it.

Now when George Lucas and his crew and cast turned up we rehearsed many times but unfortunately Robert who told be he studied Ballet was terrible. He walked like Charlie Chaplin and really was awkward in every way. Actually it made me laugh!

They though I was perfect and alway hit my mark and followed direction perfectly.
Sadly they got rid of poor Robert and picked the first person from the line in the crowd. This being  the other Medal Bearer.

The other guy who  was much older than me and was not  very nice to me to be honest. Eventually taking my position cunningly from me. He just knew what to do and how to do it. ( More in my book later this year).  By the  way he did me a great favour because I  have more screen time and am seen slightly more!!

So the 1ST MEDAL BEARER was in fact me and then Robert. Terry Madden then with George Lucas's approval made me also the REBEL HONOR GUARD as well.

THE MEDAL BEARER AND REBEL GUARD 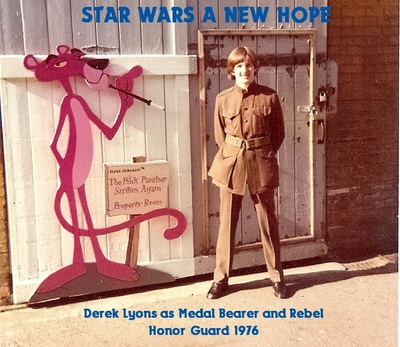 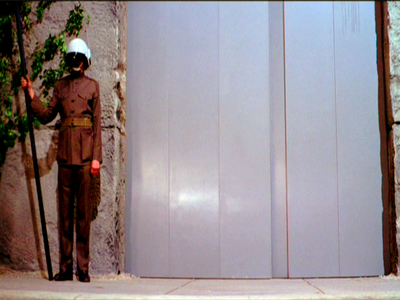 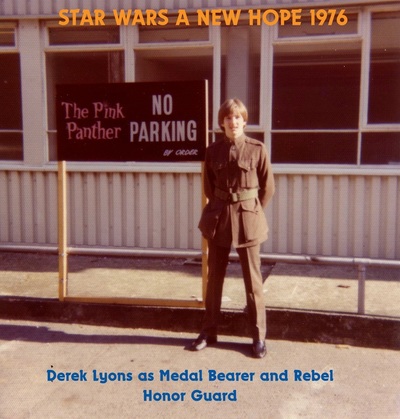 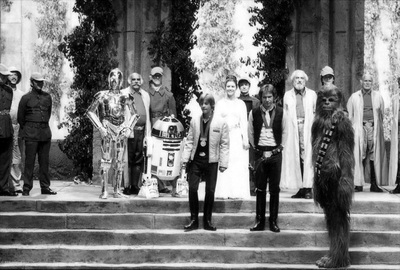 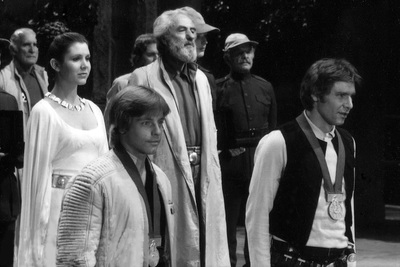 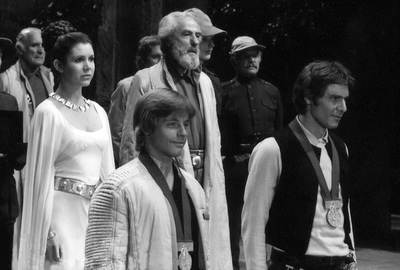 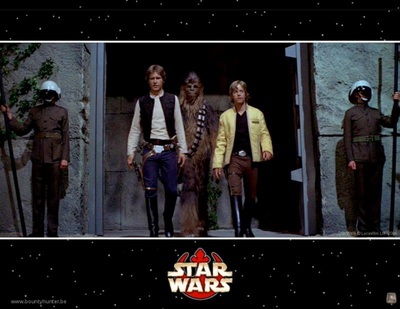 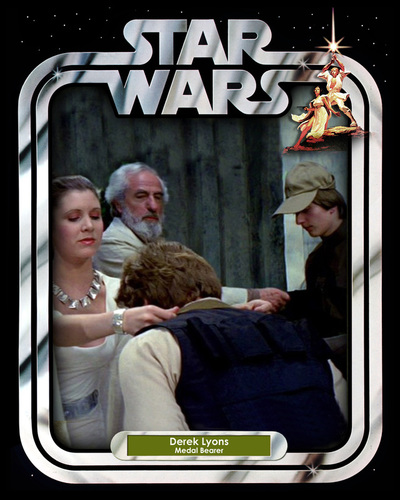 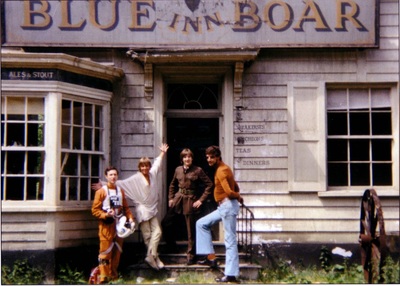 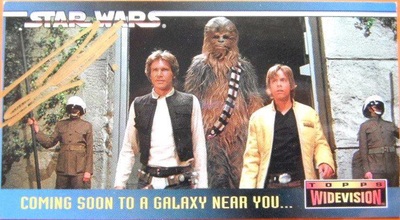 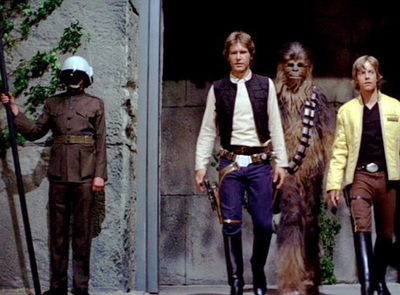 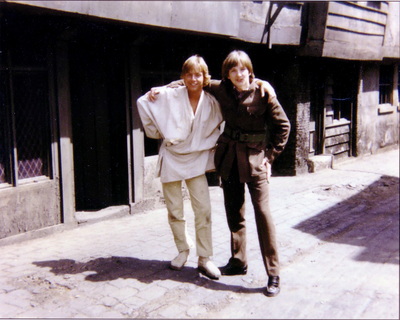 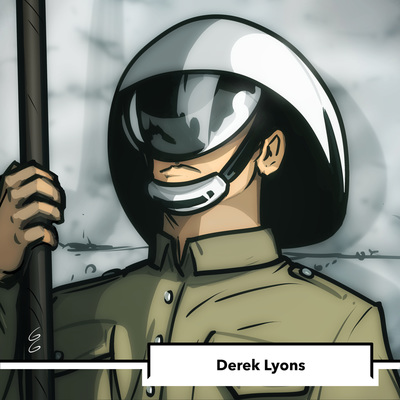 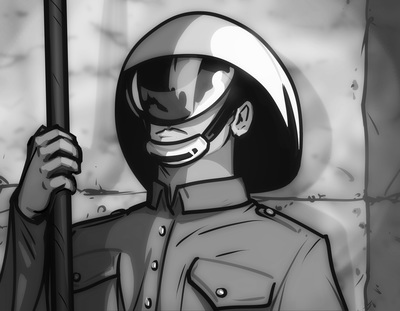 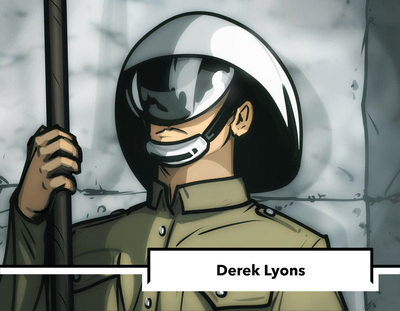 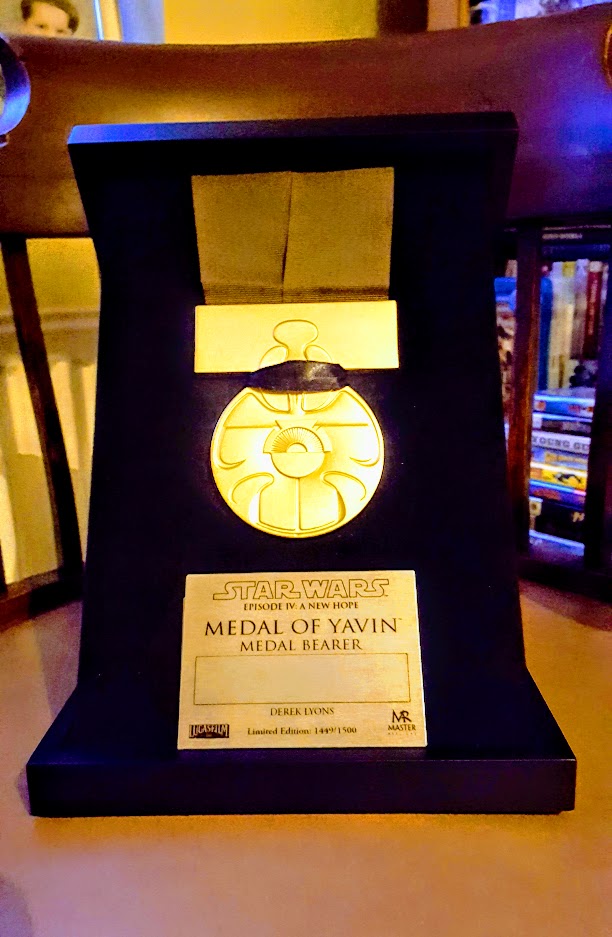 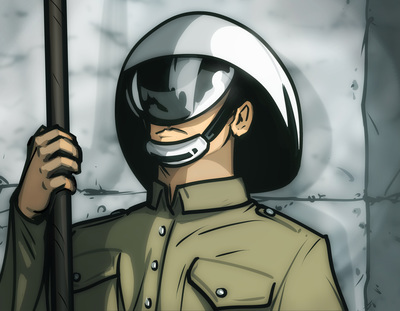 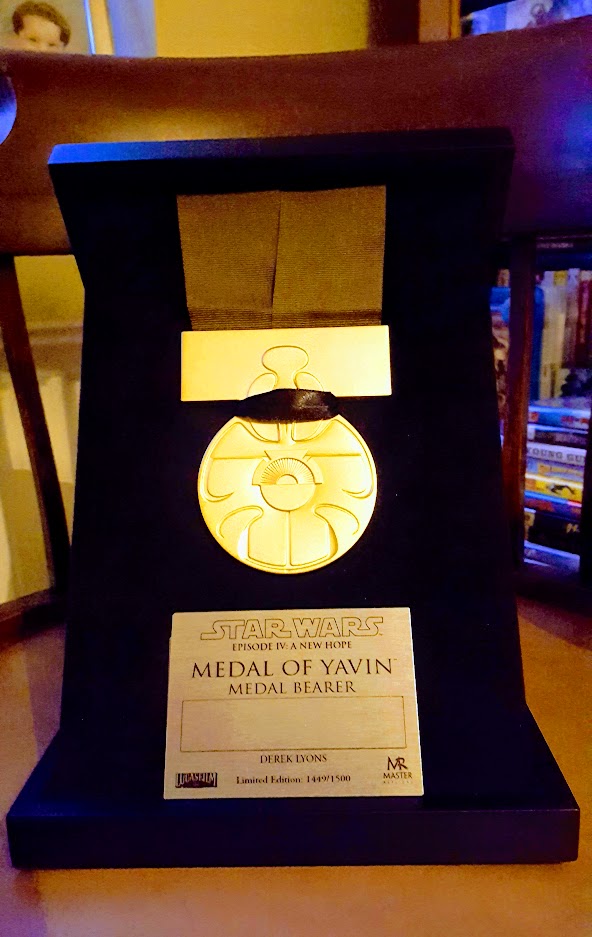 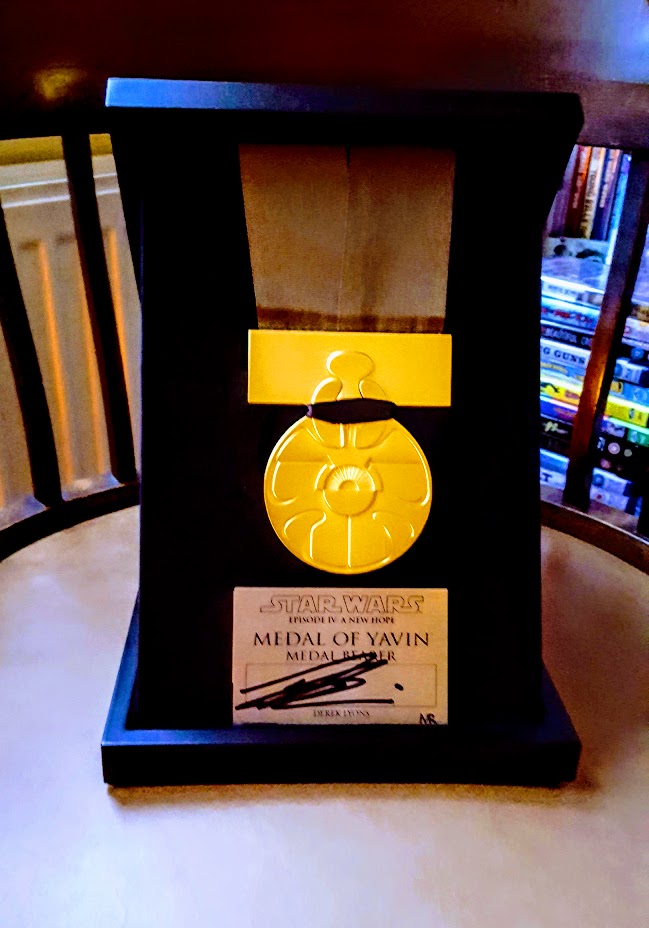 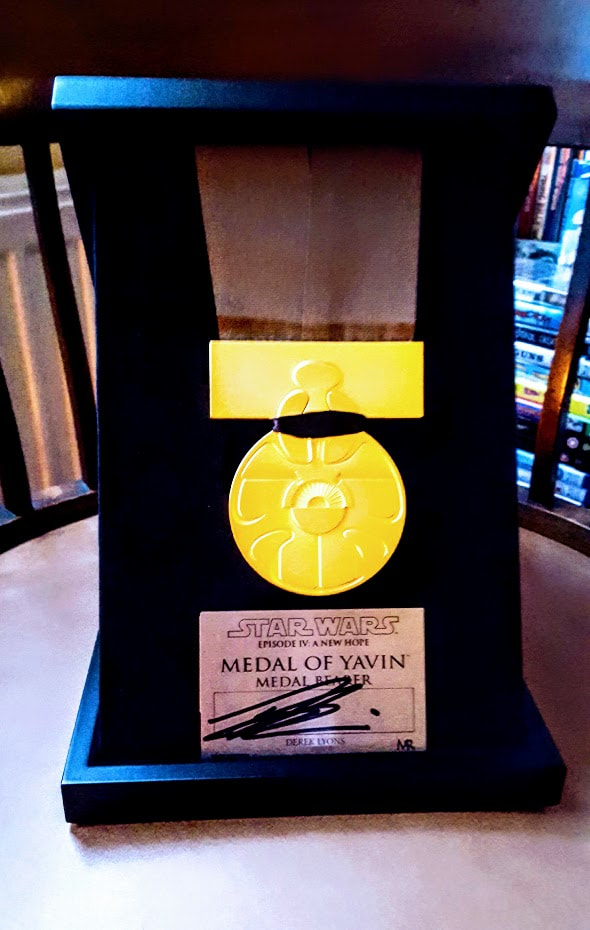 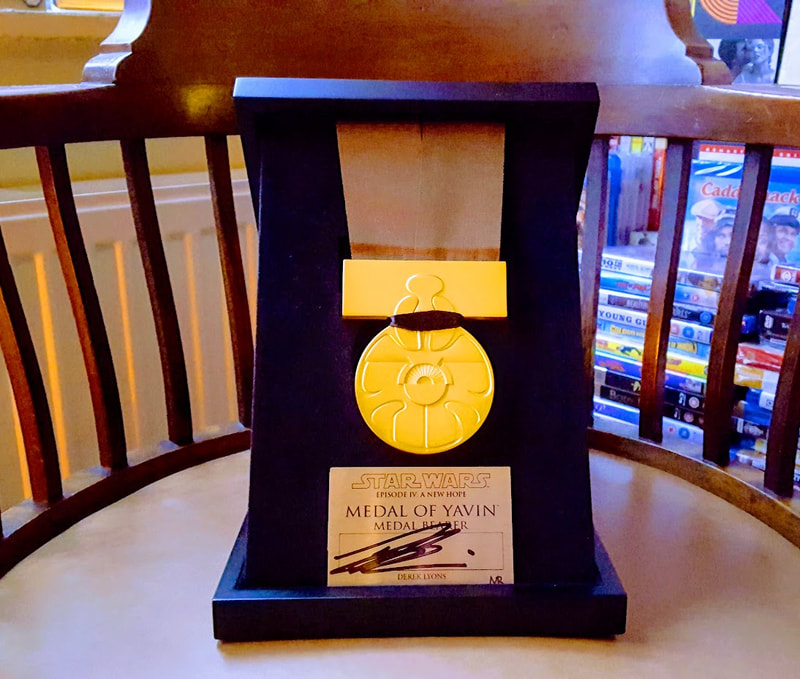 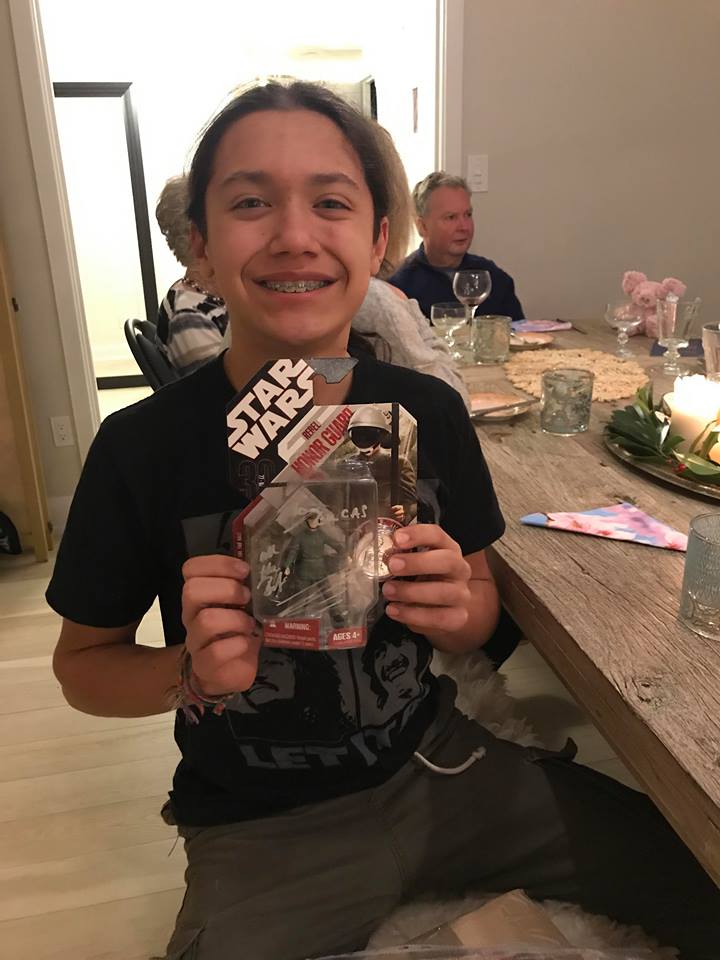