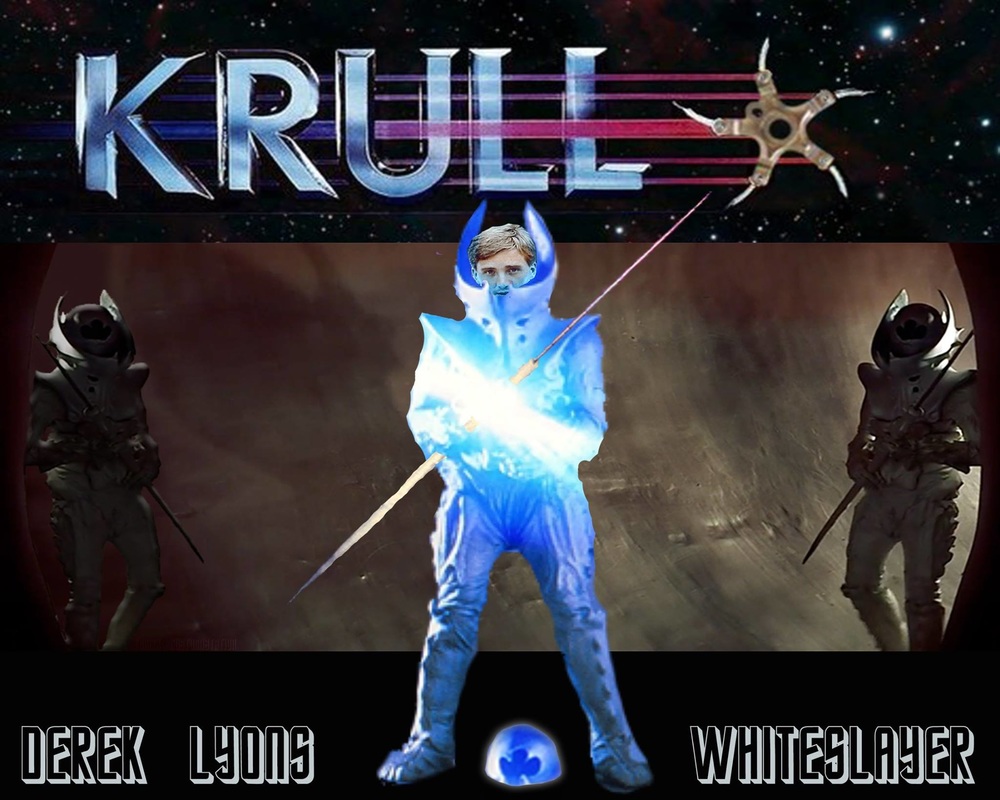 ME AS THE WHITE SLAYER

In 1983 I was chosen  for the part of a White Slayer in the now Cult movie ‘KRULL’.  It was made by the English Director Peter Yates who also made one of my favourite movies ‘ BULLITT ‘, starring  Steve McQueen! I worked on the movie for  a month at Pinewood Studios on the Bond Stage and also on one of the Stages adjacent in   it.

I had several scenes in the Movie , the climax was with a real  Tiger whom they had not fed for a few days. In that scene the Tiger did not go for the life size model White Slayer , but instead  chose to run for me, I at the time was 15 to 20 Ft on the above  the stage with a sheet of safety glass and no exit between me and Mr Tiger!

My costume was over a hundred pounds in weight and I could not move very well in it. It was a very hot summer as well. The tiger ran and  jumped up to  me with only the glass as my protection ,  my natural instinct was to run ,but I froze on the spot while the Tiger’s Paw managed to push the glass and put it’s Claws around the side of the Glass ! I was almost crapping  myself at that time. This went on for many, many more takes. I was so  pleased that  it was over and  I still was in one piece LOL !!!
I  was a Palace  Guard in the Wedding scene then later  looking after the Kings  Horse. During  rehearsals  the  Horse stepped on my  foot!  I  was in so  much pain!! LOL!  Then  a dead Guard  too!